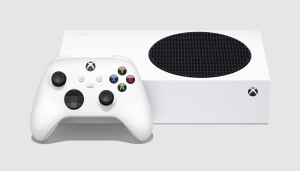 Christopher Hall McClure, 31, of Baytown, Texas, passed away Friday, January 8, 2021. He was born Friday, December 8, 1989, in Baytown, Texas to Dena Brown. He was adopted and raised by his Aunt Carolyn at an early age. Christopher attended Robert E. Lee High and graduated in 2008, he soon attended Stephen F. Austin, Lee College, and before his passing University of Houston Downtown. When Christopher was not pursuing his goal in education, he was enjoying his leisure time playing on his PlayStation, PC, and cooking.

Christopher faced cancer for years and fought against it as bravely as his beloved superheroes. The battle was full of ups and downs and through it all, he never lost his love, humor, and compassion. He was a ray of sunshine that left streaks of warmth and a bit of sparkle everywhere he went and with whomever, he met.

Christopher is preceded in death by his Great Grandmother Mary Nell Miller “Bobbie” and Aunt Carolyn Miller. He is survived by his loving wife of 3 years Dulce McClure; his mother Dena Brown; his brothers and sisters Christian, Krysler, Marten, Dana, and Kelly. His aunts Patricia, Willie Mae, Sylvia, Cynthia, Theresa; his uncles Grady and Tracey along with numerous loving relatives and friends.

We would like to thank everyone whole-heartedly for the love and support shown to him. He knew your love. It comforted him and motivated him each day.

To send flowers to the family or plant a tree in memory of Christopher Hall McClure, please visit our floral store.

This event will be live-streamed