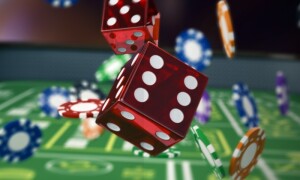 Darryl Allen Imme, 83, of Sour Lake, Texas, passed away on Monday, April 12, 2021, in Beaumont, Texas. He was born on September 22, 1937, in Albert Lee, Minnesota, to the late Ernie Imme and Gena Evenson Imme. On February 27, 1965, Darryl married his beautiful bride Geraldine Wagner, where they spent the next 56 years together raising their children. He was retired from Brown & Root where he worked as a pipefitter.

Darryl was a loving person who pursued many interests, some of which included, his love for dogs, going crabbing, playing poker, tinkering with his tools in the shed, sitting in his recliner watching t.v., and spending time with his precious family.  He was also a man who had a routine. On his way home from work every day, he and his son would stop at the store where he would get a Sunkist Orange and a bag of peanuts, he would pour them into the soda and drink it while eating the peanuts. Darryl was a hardworking faithful family man. His wife and children were his pride and joy. He was a very affectionate man, and would always show it by holding hands. If one were asked, they would say that he was extremely handsome and had the most gorgeous eyes.

Darryl was a loving husband, father, grandfather, great-grandfather, uncle, and friend to many who knew him. He was preceded in death by his parents; his brother Bill Imme and wife Alice; his sister Phyllis Sehnert and husband Ed. He was survived by his beloved wife Geraldine Imme; his children Delano Imme and wife Tina of Shoreacres, Texas, Dion Imme and wife Helen of Baytown, Texas, Delisa Derbyshire and husband Steve of Sour Lake, Texas; his grandchildren Ashley Jeffers and husband Bryan of Mont Belvieu, Texas, Alston Imme, and significant other Katy of Shoreacres, Texas, Megan Sambilay and husband Anthony of Clear Lake, Texas, Jason Imme of Baytown, Texas, Joshua and Trinity Derbyshire of Sour Lake, Texas; his great-grandchildren Kirsten, Jaylin, Dominic, and Aric; along with numerous nieces, nephews, and a host of other loving relatives and friends.

Friends are invited to visit with the family on Wednesday, April 21, 2021, from 1:00 pm until 2:00 pm, with a Funeral Service beginning at 2:00 pm, and the burial immediately following at Sterling~White Funeral Home 11011 Crosby-Lynchburg Road Highlands, Texas 77562.

To send flowers to the family or plant a tree in memory of Darryl Allen Imme, please visit our floral store.