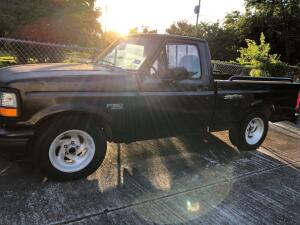 Michael George Wooster, a lifelong resident of Baytown and a member of the pioneer Wooster family passed away at the age of 74 on Thursday, November 5, 2020, surrounded by his loving family.

Michael was born on December 1, 1945, at Lillie-Duke Hospital in Goose Creek to Annie Mae (Barrilleaux) and Ray Brown Wooster.

In September 1950, he was the sixth person to contract polio in the Baytown area.  After several years of wearing leg braces, receiving multiple operations, and therapy, he was able to walk again on his own. Then in 1976, his truck was broadsided by another vehicle, and he sustained a traumatic brain injury and was not expected to survive but eventually regained his memory and motor skills. In both instances, Michael beat the odds, but his body finally gave out on him about six years ago, when he could no longer walk or use his hands.

He was employed as a pipefitter by Armco Steel until they closed and then went to work for Northwestern Steel.

Michael, a master mason, was an endowed member of the Baytown Masonic Lodge No. 1357. Until his decline in health, he was always helping people in need whether he knew them or not.

When his sons were young, he enjoyed coaching their Little League baseball teams. He was an avid Astros, Houston Oilers, and Texans fan.

Michael loved his 1993 black Ford Lightning F-150, which was produced in a limited number.

Friends are invited to visit with the family from 11 a.m. until 12 p.m. on Monday, November 9, 2020, at Sterling-White Funeral Home, 11011 Crosby Lynchburg Road in Highlands. A graveside service will begin at noon in the Sterling-White Cemetery, where he and the ashes of his son, Shawn, will be laid to rest together.

In lieu of flowers, memorial donations in memory of Michael George Wooster can be made to the Baytown Historical Preservation Association (for the 1894 Wooster Schoolhouse), P.O. Box 1244, Baytown, TX 77522-1244 (website www.baytownhistory.org).

“I Have Fought The Good Fight, I Have Finished The Race, I Have Kept The Faith.” 2 Timothy 4:7

Condolences and memories can be shared online at www.sterlingwhite.com.

To send flowers to the family or plant a tree in memory of Michael George Wooster, please visit our floral store.